Every December, our offices around the world come together to celebrate the season – and all of their hard work over the year. The celebrations were memorable at every DRW office. Here are a few highlights from Montreal, Chicago, London and Houston. 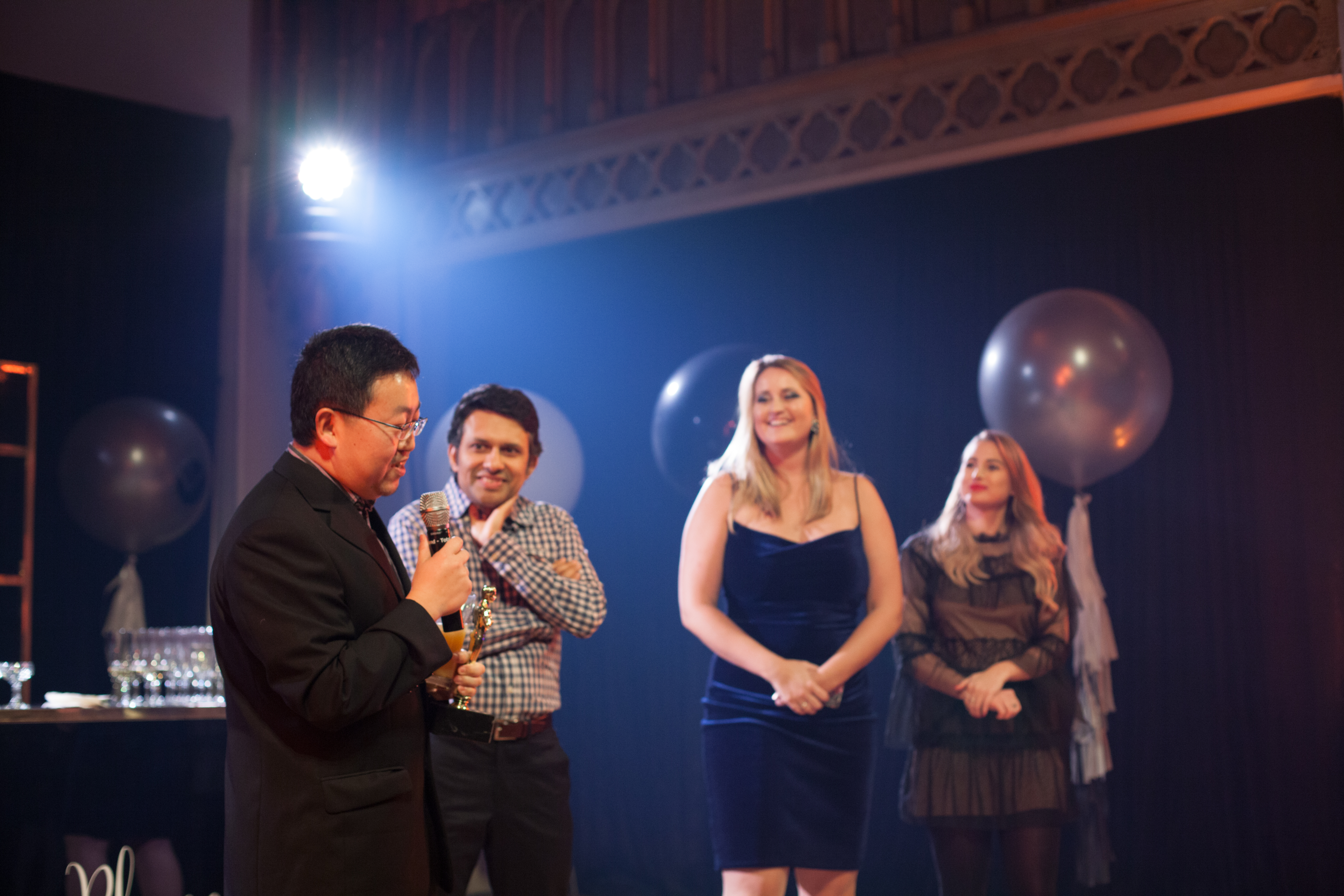 Our Montreal office held their holiday party at Salon Richmond, located in Montreal’s Little Burgundy neighborhood. The whole office all sat down together for dinner, followed by music and dancing. The Volunteer of the Year award was given to one employee for his work with Service à la Famille Chinoise du Grand-Montréal – an organization who supports recent Chinese immigrants as they settle into life in Montreal. 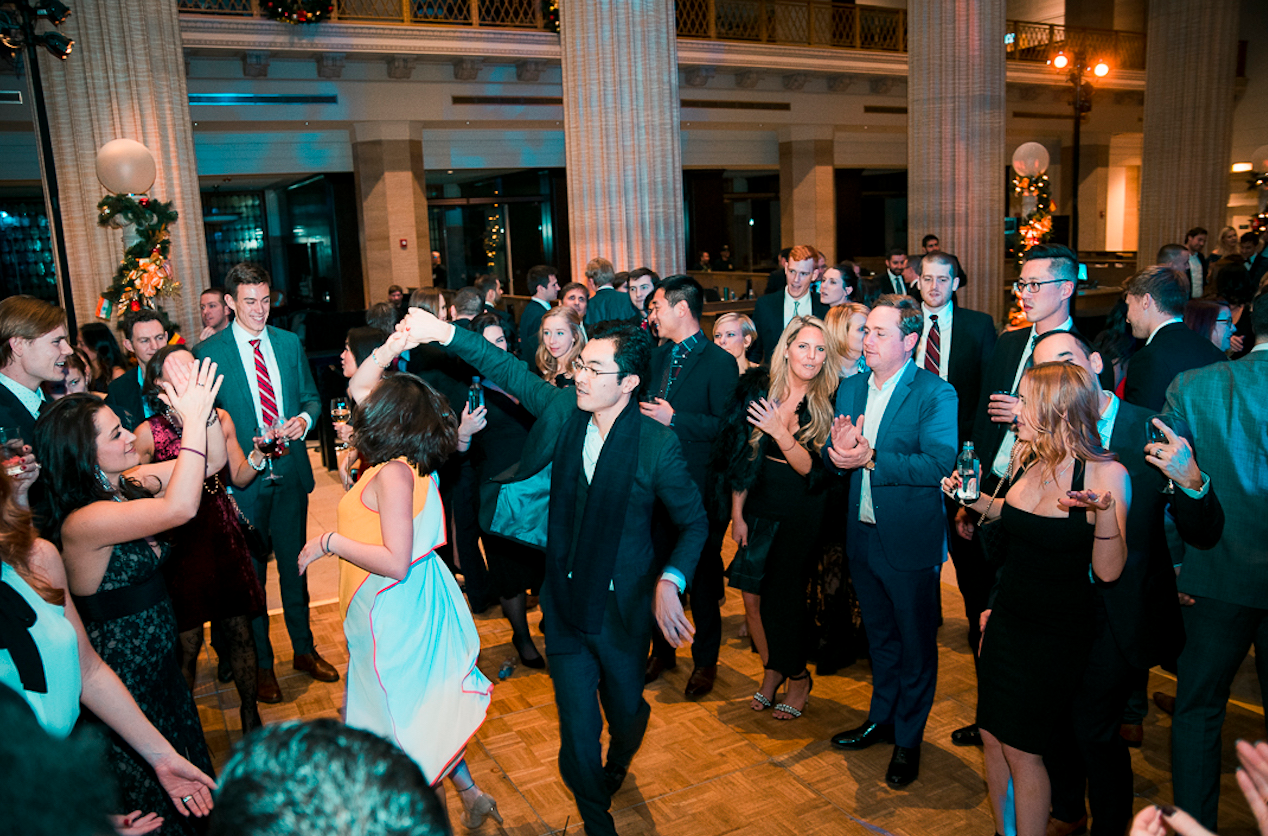 Nearly every DRW Chicago employee chose to spend their Saturday at the newly renovated Grand Banking Hall at Wintrust Financial Corporation. This historic building was on the site where in 1883, the continental US was officially divided into four standard time zones and was the perfect place to host DRW’s HQ for the evening. Appetizers, signature drinks, entertainment, dancing and a GIF photo booth made for an eventful night for every attendee. 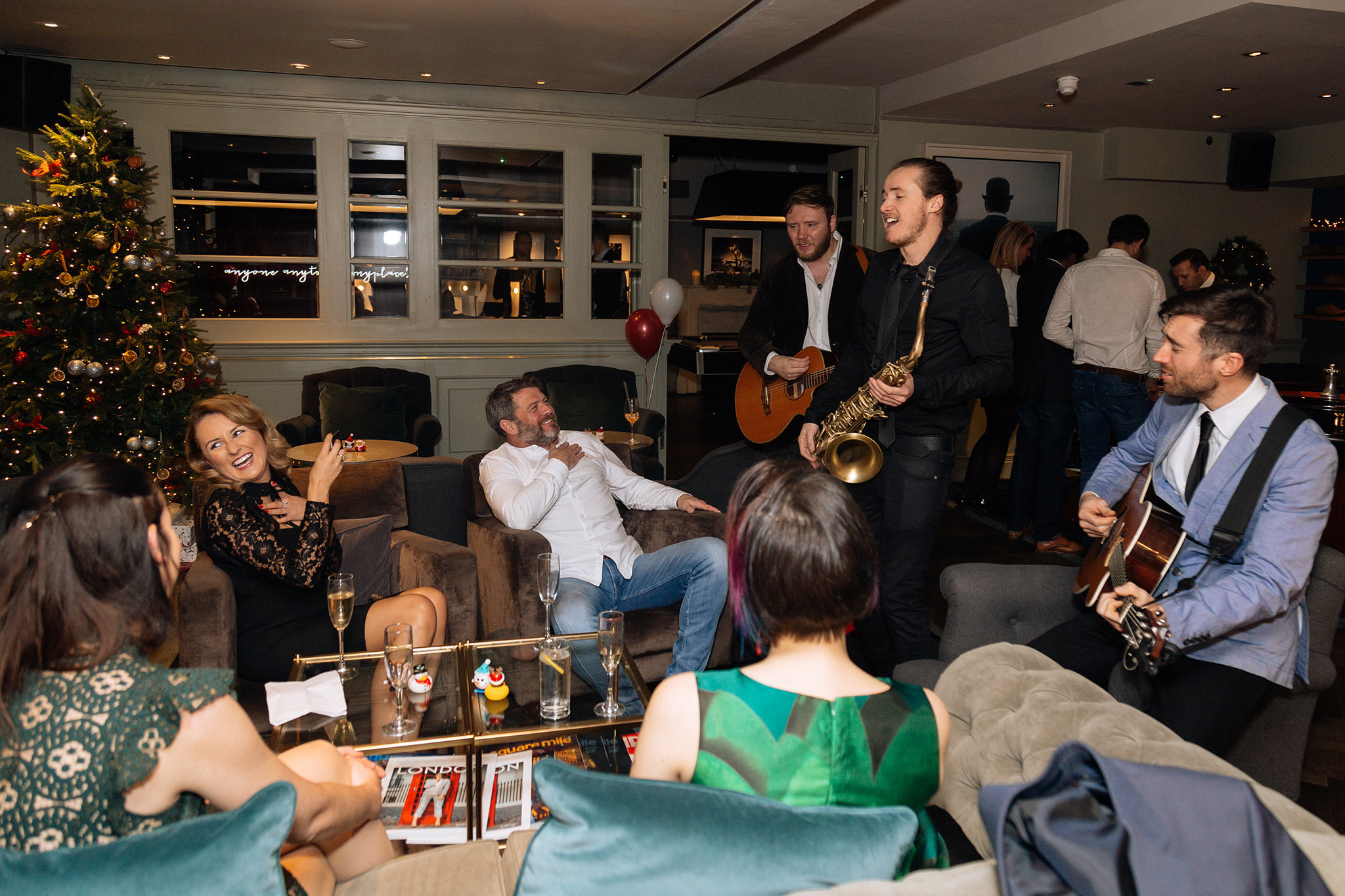 London’s party took place at Eight a private club fittingly on Exchange Alley. DRW London employees were joined by Roaming Free, a four-piece acoustic band. The group, who have played Hampton Court Palace and Wimbledon, performed a variety of musical acts from every genre. 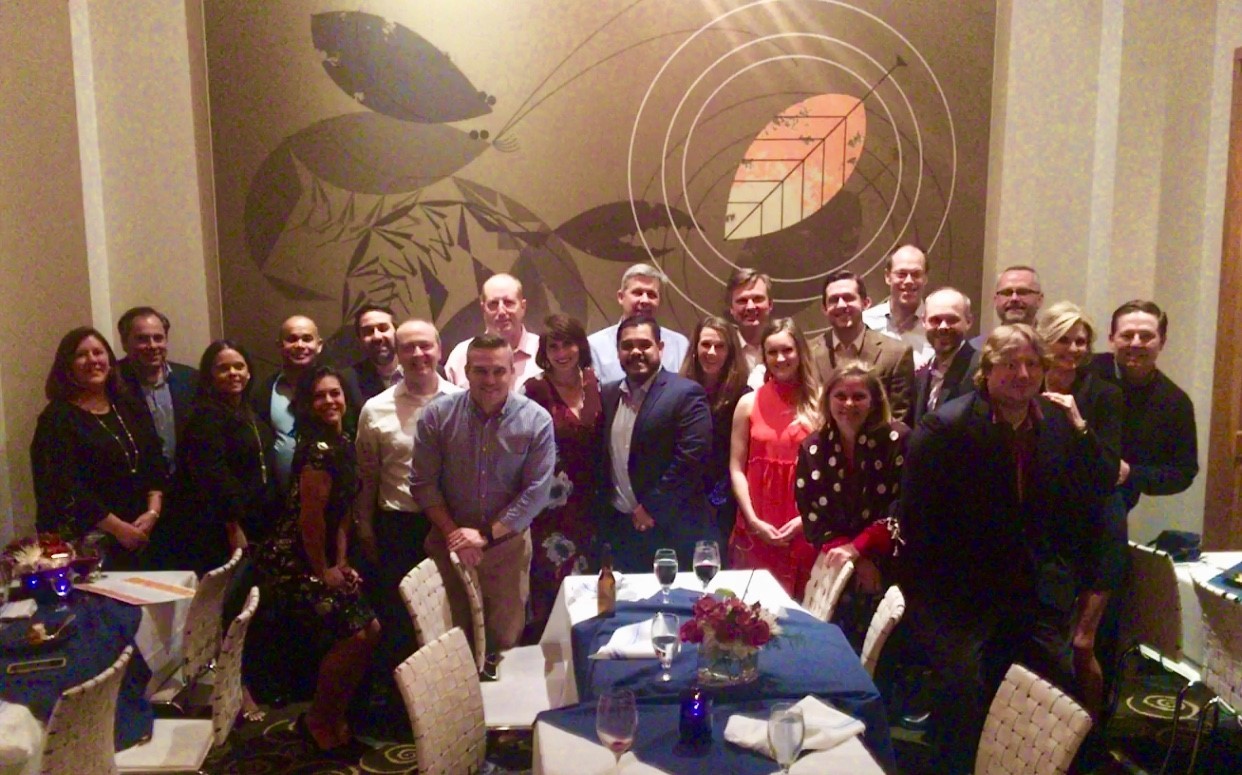 The newest addition to DRW, Houston, came together to celebrate a big year. They celebrated at award winning restaurant Caracol, pairing coastal Mexican cuisine with signature margaritas and meticulously chosen wines – a delicious meal and evening of celebration.